Who has been appointed as Pakistan’s first female Hindu Civil Judge? 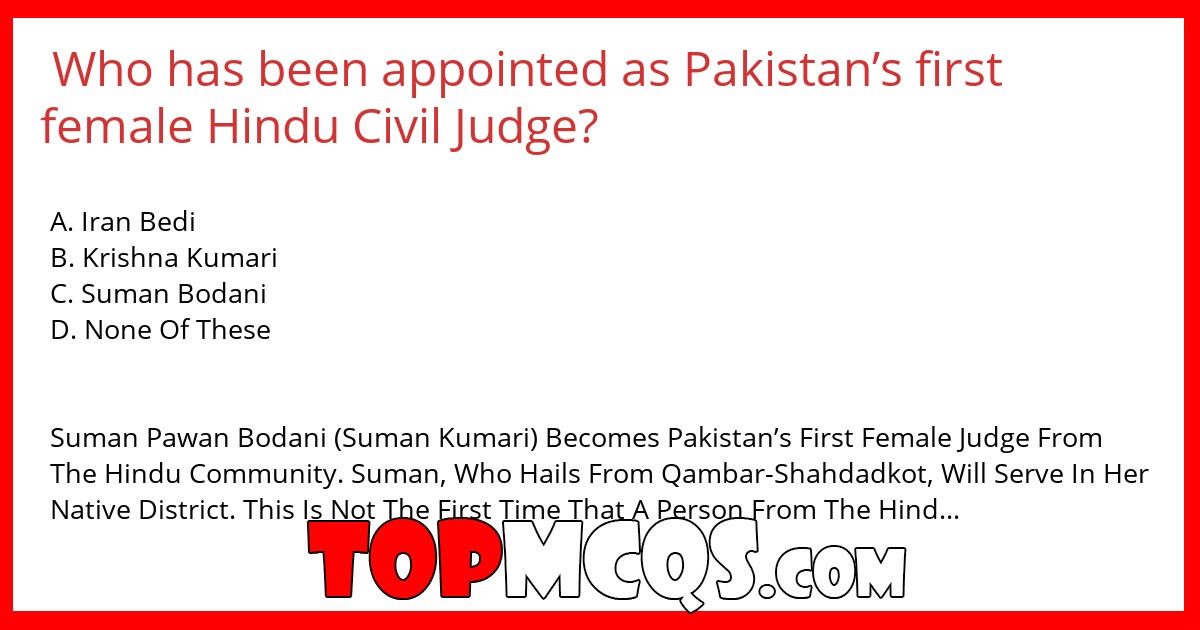 A. iran Bedi
B. Krishna Kumari
C. Suman Bodani
D. None of these

How many founding members OIC has at the time of its establishment?

How many times Pakistan won the ” Blind Cricket World Cup”?